Rachael Ray wrote cookbooks based on the 30 Minute Meals concept, and launched a magazine, Every Day with Rachael Ray.

Rachael Ray began winning audiences with catch phrases like "EVOO" (for extra-virgin olive oil). On her television programs, "yum-o," "G.B." (garbage bowl), "Oh my gravy!", "entréetizer" (entrée-sized appetizer), "stoup" (cross between a soup and stew), and "choup" (thicker than a soup but thinner than a chowder).

According to Forbes magazine, Rachael Ray earned about $15 million in the year ending, as well as naming her as the 79th most powerful celebrity in the world. 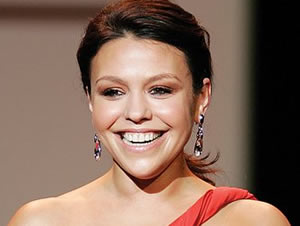 
Rachael Ray teaches simple recipes that she says can be completed in 30 minutes or less, although critics claim that her concept does not include preparation.

Rachael Ray says that her Sicilian maternal grandfather, and her Cajun ancestry serve as a strong influence on her cooking. She uses ingredients such as fresh herbs, garlic and chicken stock to boost flavors. She believes that measuring "takes away from the creative, hands-on process of cooking" and instead favors approximations such as "half a palmful". To critics of her shortcut techniques, Ray responds, "I have no formal anything. I'm completely unqualified for any job I've ever had." She acknowledges that she cannot bake because it requires measured ingredients, that she cannot make coffee, and that she burns bread under the broiler.

Cooking tips techniques for beginner and intermediate cooks by Rachael Ray. Discover the best cooking tips to make life easier in the kitchen! Celebrity Chefs are so influential and have great tips and recipes for easy every cooking that are easy to follow both for every day and for special occasions.


* To make 1 cup of dal, add atleast 2-3 cups of water, depending on the type of dal.
* Soak whole pulses overnight and other dals for one hour before cooking.
* Always add hot water to the gravy to enhance the taste.
* Add 1 Tbsp of hot oil to the dough for making Kachories or Kulchas.
* Always use heavy bottomed vessels to make desserts, in order to avoid burning.
* Make desserts with full cream milk, to get thick creamy texture.
* Whenever curd is to be added to the masala, it should be beaten well and add gradually.
* Chop some extra vegetables, for next day stir fry.
* Use the leftover dal water to make rasam or sambar.
* Never discard water in which vegetables are cooked, use it in gravies, soups, rasam or kolumbu.
* Onions and masala are fried in the cooker body itself, raw vegetables are added to that with enough salt and water. Cook under pressure according to the cooking time of the vegetable. This method helps us minimise our cooking time, use of utensils and nutrients are also preserved.
* If poppy seeds are used in grinding, soak it in hot water for 10 to 15 minutes, if you are grinding it in a mixie.
* While boiling milk, always add a little water at the base of the vessel to avoid the milk from sticking at the bottom.
* Add a tsp. of hot oil to homemade pastes of garlic, ginger or green chili, along with salt to make it last longer and taste fresher.
* Store raisins in an airtight container in the refrigerator. They will stay fresh for much longer. Pour very hot water over them if they had harden, after that drain them immediately, and spread on a paper towel to dry. You can also leave a spoon in the vessel in which the milk is being boiled at low heat so that it does not get burnt at the bottom
* Add a few drops of lemon a tsp of oil to rice before boiling to separate each grain.
* Never discard the water in which vegetables are cooked, use it in gravies or soups.
* Put tomatoes in a large bowl and cover with boiling water Leave it for about 5 minutes. Take out one by one, piercing them with a sharp knife, the skin will peel off easily.
* Immediately after boiling noodles put them in normal cold water to separate them each.
* If you forget to soak chana/Rajma overnight. Just soak the chana/Rajma in the boiling water for an hour before cooking.
* Curd in winter - Set in a ceramic container and place it on the voltage stabilizer of your refrigerator.
* Potatoes soaked in salt water for 20 minutes will bake more rapidly.
* Roasting is a dry heat method of cooking - it does not use water. The flavors roasting draws forth result from the process of browning. As the surface of the meat browns, and its juices and fats drip down and brown on the surface of the hot roasting pan, it adds to the flavour of the meat.

Award Winning chefs - We brought together world-renowned chefs tips to share their most innovative celebrity recipes and cooking tips.

The most famous french celebrity chef with 3 stars at the Michelin Guide awards. Earnings: $15.9 million